Mangaluru (The Hindu): Even as the demand to allow ‘kambala’ is growing, Dakshina Kannada MP Nalin Kumar Kateel has convened a meeting here on Tuesday to discuss the issues related to it. It is in the backdrop of the visit of Ravishankar Prasad, Union Minister for Law and Justice and Information Technology, to the city on Wednesday. 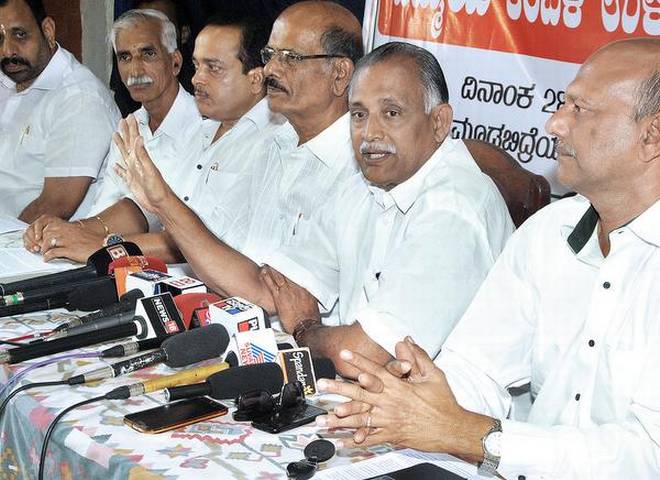 The meeting will be held at Hotel BMS at 11 a.m.

According to the MP, the Union Minister would be informed about the significance of ‘kambala’ and the steps to be taken for allowing it.

Backing the demand, B.S. Yeddyurappa, State president of the Bharatiya Janata Party, said here on Monday that he was hopeful that the Karnataka High Court would lift its stay on ‘kambala’ on January 30, the next date of hearing on a public interest litigation petition against ‘kambala’.

Addressing presspersons, he said that ‘kambala’ was a folk sport and had its own history. The State government should not ban it as people in the coastal belt had emotional attachment to it and ‘kambala’ was a traditionally significant sport.

Expressing concern over comparing ‘jallikattu’ with ‘kambala’ at a separate press conference here on Monday, different ‘kambala’-related bodies said that it was not correct to do so as there was no instance of any death during ‘kambala’ in its history. ‘Kambala’ is a rural sport in which people cutting across religion and caste participated.

Referring to the proposed protest in Moodbidri on January 28, Moodbidri MLA K. Abhayachandra Jain, who is also the president of Moodbidri Koti-Channayya Jodukere Kambala Samiti, said that it was to express resentment of people for not allowing ‘kambala’.

He said that people were pained over animal activists comparing ‘kambala’ with ‘jallikattu’, which led the Karnataka High Court granting an interim stay on holding of the event.

K. Gunapala Kadamba, who managed Kambala Academy, said a three-member expert committee already studied the issue in 2015 and said there was no cruelty to buffaloes. Based on that report, the High Court then had allowed ‘kambala’ by imposing certain conditions.