Karnataka govt. to identify players to give them world-class training

Udupi (The Hindu): Pramod Madhwaraj, Minister of State for Fisheries, Youth Services and Sports, has said that his department has a target of identifying 1,000 sportspersons who could be given world-class training.

He was here on Tuesday to inaugurate a State-level Khelo India Swimming Championship for Under-14 and Under-17 Boys and Girls at the district swimming pool on Tuesday. 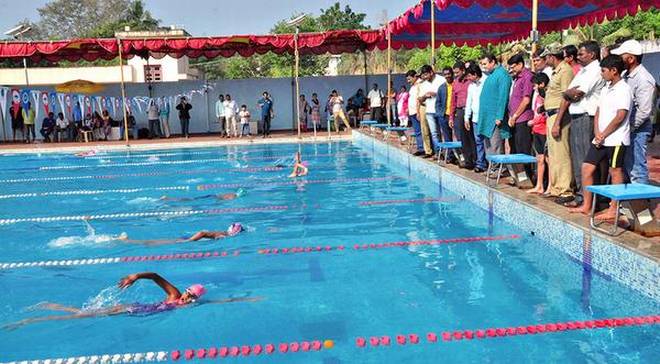 Already 662 such sportspersons had been identified. They were registered online along with their Aadhaar numbers. The government was taking the help of big companies to train them. It had asked the companies to adopt these players and to bear the cost of training under their corporate social responsibility schemes.

These players would also have the benefit of utilising training facilities under the Union government. In order to encourage the sportspersons perform to their optimum, the State government had announced that it would provide a cash prize of ?5 crore for the sportsperson winning a gold medal at the 2020 Tokyo Olympics, while the person winning a silver medal will get ?3 crore and a bronze medal winner will get ?2 crore.

The present swimming championship was being held under the same grant, Mr. Madhwaraj said.