Lady Goschen hospital building to be inaugurated on March 23

Mangaluru (The Hindu): The new building of the Government Lady Goschen Hospital will be inaugurated on March 23 next and its construction works, which have come to a halt now, will resume soon, according to Ramesh Kumar, Minister for Health and Family Welfare. 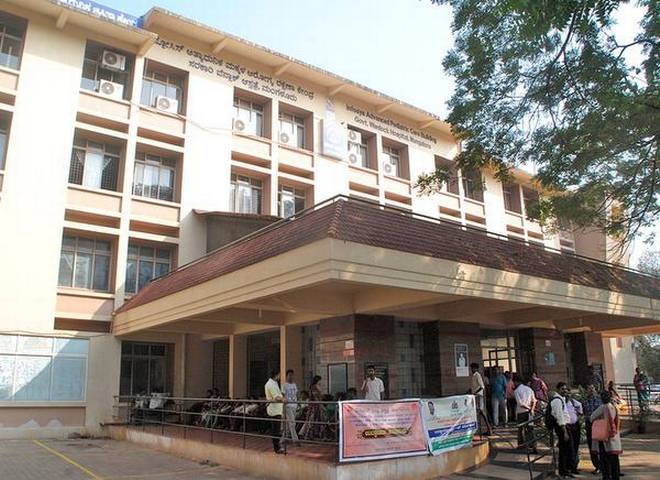 Giving this assurance, the Minister told reporters here on Friday that bids for taking up pending construction works have been called for. It would cost Rs. 3 crore. The government would release Rs. 10 crore to install facilities in the building which would have 500 beds. It would be fully functional by March 23, the birth anniversary of Ram Manohar Lohia.

When reminded about the deadlines given in the past, Mr. Ramesh Kumar said: “Before saying something I think a lot. So far, I have not failed in keeping my word.”

The Government Lady Goschen Hospital, which is the busiest maternity hospital in Dakshina Kannada, has been struggling to treat patients in the limited space since demolition of a portion of the old block for constructing the new building. The construction work, which started in 2011, has been repeatedly stalled for want of funds. Mangalore Refinery and Petrochemicals Limited (MRPL) has assured Rs. 21 crore out of its corporate social responsibility programme for the new block.

Mr. Ramesh Kumar said that the State government has proposed to develop the Regional Advanced Paediatric Care Centre of the Government Wenlock Hospital into an autonomous child care institute on the lines of the Indira Gandhi Institute of Child Health.

With autonomous status, all specialised paediatric care facilities will be made available here. “We have sanctioned Rs. 3 crore for this. The work will start immediately,” he said.