No plans to rejig ministry: Siddaramaiah

Bengaluru, DHNS: Meet agenda hinted 20 ministers may be drafted for party work. Chief Minister Siddaramaiah on Sunday asserted that he neither has any plans to revamp his council of ministers nor will he remove party MLC K Govindaraj from the post of parliamentary secretary in the wake of the controversy surrounding the diary issue. 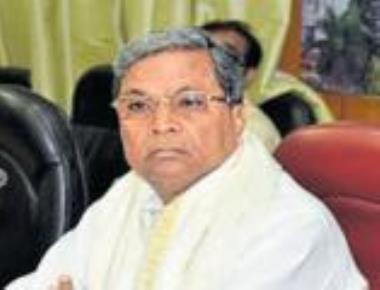 “There is no such proposal (to revamp)... Who said there is such a proposal? It is all media creation,” Siddaramaiah told reporters after a meeting of the Karnataka Pradesh Congress Committee (KPCC) coordination panel.

Parameshwara concurred with the chief minister. A KPCC-prepared draft agenda for the panel’s meeting had listed the rejig for discussion. The draft, as was speculated in the party circles, was prepared with an intention to remove about 20 senior ministers from the Cabinet and utilise their services for the party’s organisational works ahead of the 2018 polls.

This, in turn, would have given the chief minister an opportunity to remove tainted ministers, especially those who figured in Govindaraj’s diary, it was said.

However, a few party leaders cautioned Siddaramaiah and Parameshwara not to rub senior ministers the wrong way when elections are just a year away.

Party sources said Singh, in his opening remarks at the meeting held at the KPCC office on Queens Road, directed the members not to talk about the draft agenda, which was circulated on social media and in media houses. The party will take an appropriate decision regarding the reshuffle at an appropriate time, he said.

The sources said the diary issue, wherein details of huge sums of money paid to the Congress high command by senior ministers from Karnataka is reportedly mentioned, did not come up for discussion. But Singh, who later briefed the media, devoted much of the time countering charges made by the BJP pertaining to the diary.

Siddaramaiah broke his silence on the diary issue and charged the BJP with trying to damage the image of his government. “Not only state BJP leaders, but national leaders are also involved in conspiring against the government... but they will not succeed in their effort,” he said.

Whether the issue would affect the party’s prospects in the 2018 polls, he replied in the negative. He emphatically said the Congress would come back to power in Karnataka, and he has no doubts about it.