Mangaluru (The Hindu): Contrary to the assurance by Nalin Kumar Kateel, MP about 10 days ago that people in the city will get Rs. 100 and new Rs. 500 notes after three days, banks here are dispensing mainly Rs. 2,000 notes putting people in trouble.

The MP had given the assurance at a press conference on November 19. 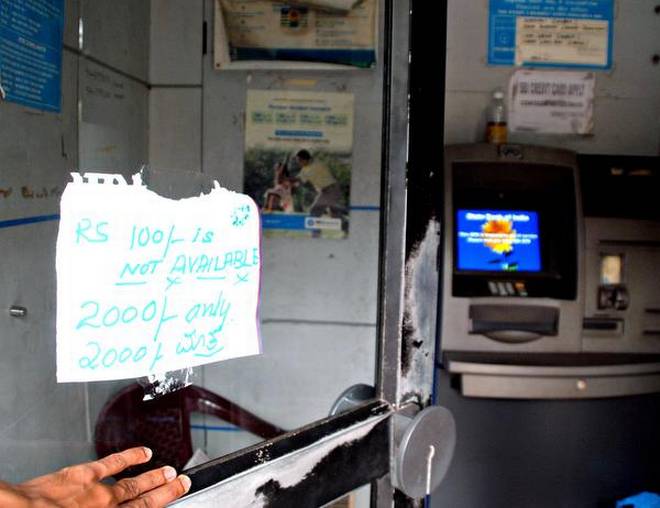 A majority of the ATMs in the city are dispensing only Rs. 2,000 notes. This has been explicitly stated at the ATMs of a few banks. “We cannot do anything as we do not have Rs. 100 notes. The new Rs. 500 notes are yet to arrive,” said an executive of a bank that has a currency chest in Mangaluru.

Lead District Chief Manager Raghav Y. Yajamanya (of Syndicate Bank which is the lead bank in the district), told The Hindu that the bankers hope of getting new Rs. 500 notes in the next few days. “Bankers are somehow managing to meet the demand for money at the branches and at ATMs,” he said. “I had to buy for Rs. 500 at a pharmacy chain store in Jeppu to get change for Rs. 2,000,” said Ragini S.

Nemu Kottary, a resident of Jeppu, said that he has been going to a nearby temple every day to get change for Rs. 2,000.