Mangaluru, DHNS: The Sullia police on Wednesday arrested 10 students of KVG Medical College and KVG Dental College in Sullia on the charge of ragging their juniors. They were produced before a court, which released them bail. Dakshina Kannada SP?Bhushan Borase told DH, “As the students had to write their exams, they were released on bail, but not without being reprimanded by the judge, who categorically told them to mend their behaviour.” 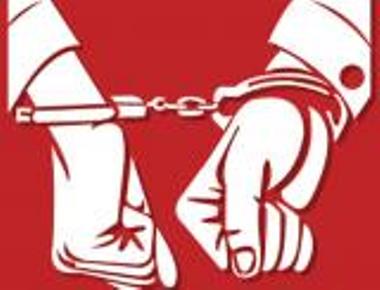 The suspects are Krishna Kumar, Kannan A?P, Farhan Mohammed, Sanjay Krishnan, Abel Roy, Jatin Jose, Wasim Zuber, Nibin Rahim, Neeraj Raviprasad, and Amal Raj. They are all from Kerala and are pursuing MBBS and BDS courses in Sullia, the police said. In his complaint to the Sullia police on Tuesday, Nishanth (20), a native of Palakkad in Kerala and a second year MBBS?student of the KVG?Medical College, said that he and his friends were summoned to Kannan’s room on December 28. When they entered the room around 9.15 pm, they were assaulted by the suspects. Neeraj abused them for not respecting the senior students and slapped Nishanth’s friend Ashish.

Krishna Kumar slapped Nishanth, when he questioned the former for beating them. Later, Nibim, Rahim, and Wasim too assaulted Nishanth. As the victims raised an alarm, passersby gathered near the room. Fearing trouble, the suspects let off the victims, only to trail them on a motorcycle. Neeraj and?Kannan took Nishanth to the room again on the pretext of brokering truce. Krishna Kumar pushed him towards the window grills and gave him a life threat, Nishanth said in the complaint. On January 2, Nishanth lodged a complaint with the college principal before approaching the police the next day.