Samiti protests against handing over hospital to private entity

Udupi (The Hindu): Members of the Udupi Sarkari Zilla Mahila Mattu Makkala Aspatreya Ulivagagi Nagarikara Samiti took out a procession and staged a dharna against the handing over of the District Government Maternity and Children’s Hospital to a private entity here on Friday. 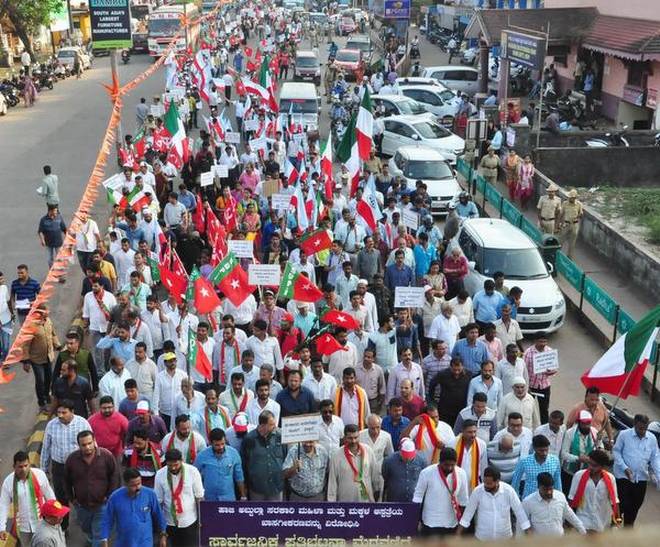 The State government had last year handed over the 3.88 acres of land belonging to the District Government Maternity and Children’s Hospital, where the hospital is presently functioning, to build and run the two hospitals to a private entity, BRS Health and Research Institute Pvt. Ltd. (BRSHRI), under on build-own operate and transfer (BOOT) basis on public-private participation (PPP) mode.

As per the agreement, the private entity intends to provide medical facilities at the 200-bed maternity hospital free of cost and it will also build a 400-bed super-specialty hospital on the same land.

Addressing the protestors, P.V. Bhandary, Samiti convener, said that normally the government moved at a snail’s pace on implementation of its projects. But on handing over the hospital to the private entity, it had sealed the matter within a matter of six months.

It was the poor people and the general public, which had the highest stake in the matter concerning the government maternity hospital. Yet the government did not take anyone into confidence on this move.

The government’s conduct in the entire matter was shrouded in mystery and lacked transparency. The government had so far failed to provide a certified copy of the memorandum of understanding (MoU) to the samiti.

The late Haji Abdullah Saheb, a philanthropist, had donated 3.88 acres of land for the government maternity hospital in 1929.

He had made it clear in his deed of donation that the land could not be used for commercial purposes at all. But the proposed super-specialty hospital would run on commercial lines as per agreement.

Though the present maternity hospital was functioning well, the government had decided to hand it over to the private entity. “We will approach the High Court on this issue. We will even knock the doors of the Supreme Court and fight for this issue as it involves public interest,” Dr. Bhandary said.