Mumbai: A three-tier security blanket has covered the tiny islet off the Arabian Sea where Prime Minister Narendra Modi will lay the foundation stone for a statue of Chhatrapati Shivaji on December 24. The outer ring has been secured by the Indian Navy since Sunday, while the Coast Guard and Mumbai Police patrol boats have formed the second and the third tier, ministers and senior officials told The Hindu. All movements by fishermen, yacht owners, and private boats will be put on a freeze during the visit. 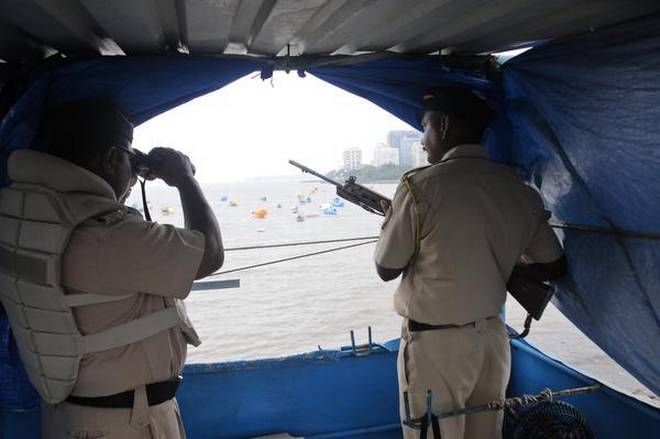 “The Prime Minister’s own security will form the final tier and secure his individual movement on the islet for 10 minutes he is going to be there,” said Public Works Department (PWD) Minister and senior Bharatiya Janata Party (BJP) leader Chandrakant Dada Patil.

Officials said the Prime Minister will be accompanied by Chief Minister Devendra Fadnavis, Shiv Sena chief Uddhav Thackeray, Maharashtra Governor C. Vidyasagar Rao, and two descendants of Shivaji, Sambhaji Raje and Udayan Raje, into the sea. A six-minute film on Shivaji will be shown to him while on the hovercraft. The film is based on the achievements of Shivaji and his role in the history of Maharashtra. It has been put together by art director Nitin Desai. “Mr. Desai has been assigned the contract to design a Shamiana at Girgaum Chowpatty, and the stage and the cultural programmes planned for the function at Bandra Kurla Complex (BKC),” an official said.

The Prime Minister will arrive in Mumbai early on December 24. He will directly take a chopper to Raigad to inaugurate the newly-built campus of the National Institute of Securities Management, which is constructed by the Securities and Exchange Board of India. From there, he will head by road to Girgaum Chowpatty, and take a hovercraft for the islet, 1.4 kilometres into the Arabian Sea.

“The overall cost of the memorial project is over Rs. 3,500 crore,” said Education Minister Vinod Tawde. Officials said the Prime Minister’s lunch on INS Shikra in Colaba could be the longest stopover.

“Most of the inaugurations will be done by the click of a button and he is unlikely to stay long during the stopover,” said Chief Secretary Swadheen Kshatriya.

Meanwhile, senior officials denied reports that the government is spending over Rs. 18 crore for the promotion and publicity of the programmes. “It is possible that the BJP may want to do a pomp and show of these functions in the light of the upcoming municipal elections in Mumbai, Pune, and the recent Maratha agitations, but the government is not spending much,” said a government official.

“It is rubbish to claim Rs. 18 crore is being spent by the party (BJP) on these functions. We have asked the local units in the city and other areas to put up some banners and organise cultural programmes, but spending minimum,” said Mr. Patil.