Udupi, DHNS: Two days after Praveen Poojary, a BJP?worker, was killed by Hindu Jagarana Vedike members while transporting cattle on Thursday, the family of the victim has denied the charge that he (Poojary)?was involved in cattle trafficking. 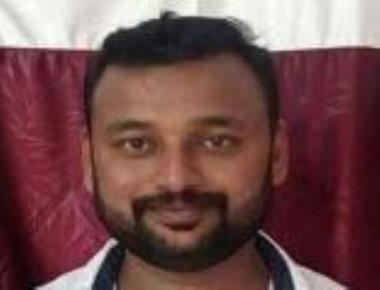 Prameela Poojary, the sister of the Praveen, told media persons on Friday that her brother was never involved in cattle trafficking. “If that was the case, we would have been rich years ago itself. The people whom he believed stabbed him in the back,” she said. She claimed that the people who did not tolerate her brother’s popularity in the village were behind his murder.

Praveen’s father Vasu Poojary said that his (Praveen’s)?friends were the main culprits. “He trusted people too much. They cheated him,” he said.

However, Superintendent of Police K?T?Balakrishna told DH that according to the preliminary investigation, Poojary was killed over cattle trafficking. “The suspects claim that they murdered Poojary as he was transporting cattle. But, it is yet to be ascertained whether the he was done to death owing to personal enmity,” the SP?said.

Poojary, 29, was bludgeoned to death by a gang while transporting cattle in his mini truck at Kenjur in Brahmavar of Udupi district on Wednesday night. His friend, Akshay Devadiga, was injured in the murderous attack and he is under treatment in a private hospital in Brahmavar.

Akshay Devadiga, who spoke to media persons, said that a gang of around 25 men attacked him and Praveen with iron rods when the vehicle by which they were transporting calves stopped near Muddur. Ramesh, the person who had hired the vehicle, fled the spot as soon as the gang struck them, Devadiga said.

“We were dumped along with the calves in the truck. I lost consciousness after the attack and when I regained senses, I?heard Praveen screaming for water. The assailants told him to drink rain water and die. Later, some local people, who arrived at the spot, threw a water bottle at him. I put a few drops of water into his mouth. The police shifted us to a hospital,” he recalled.

Congress MLC Ivan D’Souza has said that people claiming themselves as protectors of cows were involved in beef export business, reports DHNS from Bengaluru.

“Beef export is a Rs 480-crore business in India. Those who are claiming to be the protectors of cows are involved in beef export business. In many instances, rescued cows have ended up in slaughterhouses,” the MLC told media persons on Friday.