Udupi (The Hindu): They say he was harassed; management denies charge. Students of Poornaprajna First Grade College staged a protest at the entrance of the college against what they alleged was harassment of a lecturer in the college here on Friday. But the management of the college has strongly denied the charge. 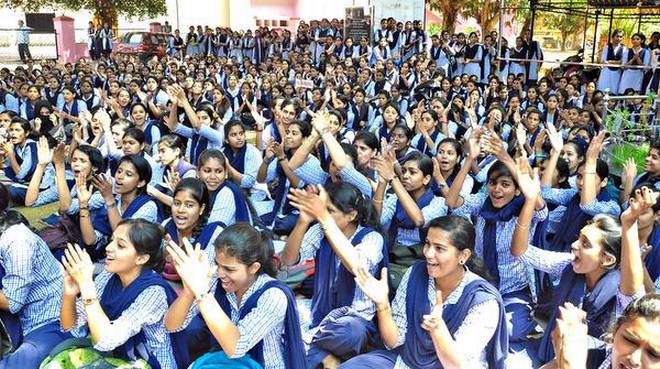 The students gathered at the entrance of the college and shouted slogans in favour of the lecturer, Durgaprasad Mayya, who had been teaching Economics since June 2015.

While the management charged Mr. Mayya with being involved in the leak of question paper on an internal assessment exam held about 10 days ago, Mr. Mayya and the students vehemently denied the charge. Mr. Mayya said that charge was being made to malign him and that he faced a lot of harassment in his department. But the college management dismissed the charge.

But G.S. Chandrashekhar, secretary of College Management Committee, told The Hindu that Mr. Mayya had offered to resign and that he wanted an experience certificate, which the college was ready to give.