Bengaluru, DHNS: Say move aimed at verifying genuineness of consumers.The Centre may not have made Aadhaar number mandatory for getting subsidy on domestic LPG cylinder. But oil marketing companies in the state have started insisting that their consumers should submit their Aadhaar number. 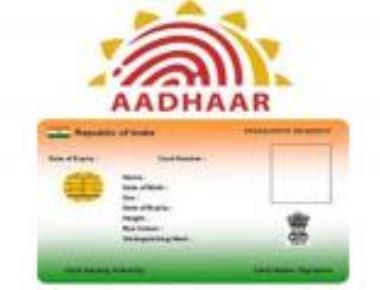 The oil companies have stated in their message that the subsidy towards domestic LPG refill supply will not be deposited in the bank account if Aadhaar number is not submitted.

“You are linked to PAHAL (system wherein LPG subsidy amount will be directly deposited in the customers’ bank accounts) through bank a/c linking mode. As informed earlier, kindly submit your Aadhaar at LPG distributorship to receive subsidy in your bank a/c,” a message sent by IOC to its customers stated.

But the company has not indicated from when it is planning to discontinue depositing the subsidy amount into the bank account.

The Centre recently notified the new Aadhaar (Targeted Delivery of Financial and other Subsidies, Benefits and Services) Act, 2016, giving unique numbers assigned by the Unique Identity Authority of India a statutory backing for transferring subsidies and benefits to the eligible people.

July 15 deadline
Official sources in the BPC said that the oil companies have asked their consumers to submit their Know-Your-Customer (KYC) details before July 15 this year.

This applies to only those who have not submitted their Aadhaar number yet. But the companies have so far not received clear direction from the Oil Ministry on whether to continue depositing subsidy amount to the consumers who fail to submit KYC details.
About seven lakh of the nearly one crore domestic LPG customers in Karnataka are yet to submit their Aadhaar number to the oil companies.

The firms had given an option to the consumers to either submit Aadhaar-linked bank account number or an ordinary bank account number. This was done to implement the direct benefit transfer system. The companies had collected KYC details from those who had not furnished Aadhaar number.

The official sources said the KYC details are sought from non-Aadhaar customers in order to verify whether they are genuine consumers. The oil companies cannot crosscheck the authenticity of consumers who have given only ordinary bank account details. There is a possibility of ineligible people getting the subsidy amount, the sources added.