Mangaluru (The Hindu): The National Highways Authority of India (NHAI) was able to commence toll collection at the Talapady toll plaza on National Highway 66 on Wednesday even as the Hejmady and Gundmi plazas in Udupi district have been spared for now.

However, the commencement was not a smooth affair as some residents of Talapady under the leadership of Karnataka Gadinada Rakshana Vedike offered opposition. Police personnel, who were present in good numbers, detained some of the activists and released them later. Toll collection continued unhindered. 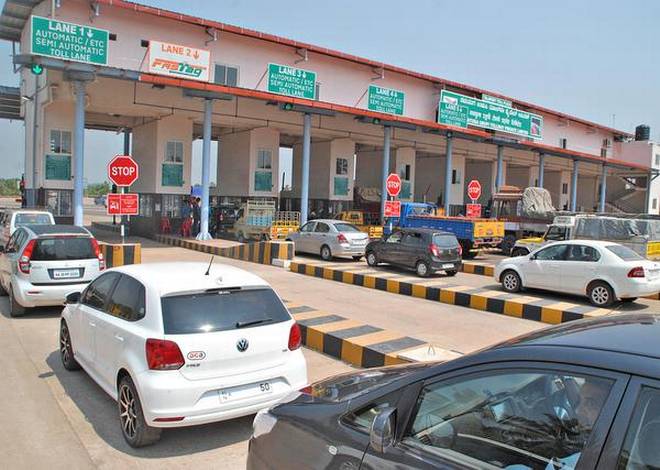 While the vedike has planned a protest on Thursday morning, Talapady Gram Panchayat president Suresh Alva has said that he would take all villagers together and launch a protest in a day or two.

Though there appeared to be a divide between protesting villagers on political lines, the common demands have been lack of facilities for road users as well as the villagers. They want free pass for residents of Talapady instead of concessional passes.

Siddique Talapady, founding-president of the vedike, questioned the rationale of constructing the toll plaza in the middle of the village, separating Upper Talapady and Lower Talapady.

Residents from Upper Talapady have to frequently visit Lower Talapady for various official work and how one can expect them to pay toll every time, he said. The plaza should have come closer to Karnataka-Kerala border, he said.

The vedike had been urging the NHAI, the district administration and the Lok Sabha member for over six months to complete all pending works before launching toll collection.

Mr. Talapady wondered how the NHAI could go ahead and the administration could permit toll collection when two crucial flyovers at Thokkottu and Pumpwell (Bhagavan Mahaveer) Junction remained incomplete.

Meanwhile, Mr. Alva said that NHAI should construct shoulder drains along the National Highway between the toll plaza and K.C. Road Cross as well as service road wherever required all along the highway.

The authority has failed to pay Rs. 32 lakh compensation to the panchayat towards its buildings that have been demolished, he said.

He said that people did not bother earlier when he attempted to organise them under one banner against toll collection without facilities being provided.

“Let them face the heat for a day or two; we will hold a mega protest later,” he said.