Mangaluru (The Hindu): While prohibiting hartals and other processions here on Saturday, the city police have made unprecedented security arrangements to ensure the smooth conduct of the Karavali Souharda Rally in which Kerala Chief Minister Piniyari Vijayan will take part at Nehru Maidan in the afternoon. 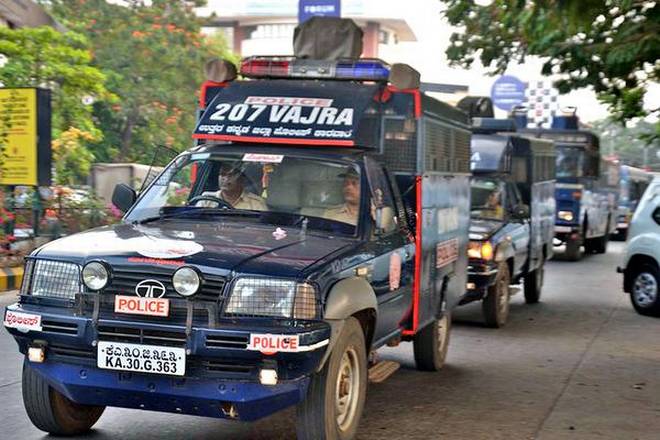 Police Commissioner M. Chandra Sekhar said that illegal assembly and holding of processions, other than the Karavali Souharda Rally, between 6 p.m. of Friday (February 24) and 6 a.m. of Sunday (February 26) has been banned.

Mr. Sekhar said that the imposition of prohibitory orders was to keep the mischief-mongers at bay.

Life will not be affected in any way, Mr. Sekhar clarified.

Talking to The Hindu, Mr. Sekhar said that organisers of the souharda rally have been directed to end the programme within the given time.

Mr. Sekhar said action was being taken to invoke the Goonda Act (Karnataka Prevention of Dangerous Activities of Bootleggers, Drug-Offenders, Gamblers, Goondas, Immoral Traffic Offenders and Slum-Grabbers Act) against five persons for their alleged association in acts that disturb peace in the region.

Additional Director-General of Police (Law and Order) Alok Mohan was overseeing the security arrangements in the district.

As many as eight officers of the rank of Superintendent of Police (SP) have been deputed in the city and other parts of Dakshina Kannada.