Voices against Yeddyurappa's style of functioning get shriller in state BJP

New Delhi, DHNS: The infighting in the Karnataka unit of the BJP has escalated with the party's Bengaluru-based national joint general secretary (organisation) Santosh camping here for the last two days to campaign against state unit president B S Yeddyurappa’s style of functioning. 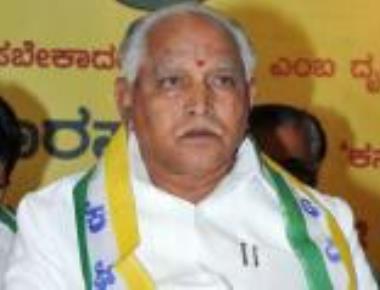 Santosh, a senior RSS?pracharak on deputation to the BJP?and a member of the party’s core committee in Karnataka, is trying to impress upon some of the Union ministers from the state to advise the party top brass not to declare Yeddyurappa the party’s chief ministerial candidate during the next Assembly elections.

While some of the ministers gave a patient hearing to Santosh, none apparently promised him to convey his views to the party top brass, sources said.

“As Yeddyurappa was hand-picked by Prime Minister Narendra Modi and BJP?president Amit Shah, for now none of the ministers would want to be seen as an anti-Lingayat leader by opposing him,” said a Union minister on condition on anonymity.

While appointing Yeddyurappa as state president, the BJP?leadership had assured him that he would be declared the chief ministerial candidate ahead of 2018 Assembly elections.

With recent factional fights among leaders, anti-Yeddyurappa camp is trying to impress upon the party top brass that the organisation face the Assembly polls under a collective leadership instead of projecting an individual.

They also stated that there is no point in naming Yeddyurappa as the chief ministerial candidate as he will complete 75 next year, an age limit said to have been set by Modi to hold any post either at the Centre or in the BJP-led governments in states.

The party top brass is also worried over the organisation's prospects in the state in view of the escalating cold war between Yeddyurappa and senior leader K S Eshwarappa.

The central leadership is miffed at Eshwarappa's recent move to float new outfit, Sangolli Rayanna Brigade. Such organisations will hurt the BJP than strengthen it, said a senior leader.

The Karnataka unit of the BJP?appears to be vertically divided.

Shobha Karandlaje, C T Ravi, Aravind Limbavali and Ravi Kumar are backing Yeddyurappa, while K S Eshwarappa, Jagadish Shettar and Santosh are in the opposite camp.

Some of the Union ministers are also backing Eshwarappa to thwart any attempt by Yeddyurappa to emerge as the supreme leader in the state.

A senior leader said that instead of taking on the ruling Congress by raising burning issues such as the controversial demolition drive in Bengaluru, unhappiness in the state police force and encroachment of government lands by some ministers, BJP leaders are indulging in factional fights.