Hassan, DHNS: A woman assistant commissioner attempted suicide at her house in Hassan on Thursday evening. Vijaya, a KAS officer, is facing corruption charges and was under the government scanner. Sources said she tried to hang herself from the ceiling fan with a saree at her residence. 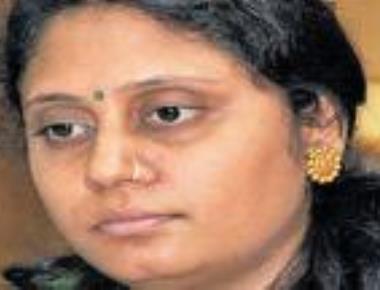 Her mother, Sumithramma, with the help of Additional SP V J Shobharani, her neighbour, broke open the door and shifted Vijaya to a private hospital. She is being treated at the intensive care unit and doctors said she is out of danger. MLA H D Revanna visited the hospital and enquired about her health, the sources said.

According to Shobharani, Revanna told reporters here that Vijaya had called her over the phone on Thursday evening. He said Vijaya had told Shobharani that she was upset about negative reports being published about her every day. Vijaya disconnected the phone telling Shobharani she has decided to end her life, Revanna added.

Vijaya, who was serving as assistant commissioner for one and a half years, was transfered as director of Hassan Institute of Medical Sciences (HIMS) on June 22 and replaced by H L Nagaraju.

Vijaya had attended court proceedings in Bengaluru on Thursday morning and returned to the city in the evening. JD(S) members staged a protest on B M Road blaming District in-charge Minister A Manju for her suicide attempt. Amid protests by farmers and members of other organisations against Vijaya, Karnataka Development Programme member of the Zilla Panchayat, Devarajegowda, at a press meet a few days ago, had levelled charges of corruption against Vijaya and demanded her suspension. However, Dalit organisations staged a protest on Thursday morning urging the authorities to create a conducive environment for Vijaya to perform her duties.